The two strokes that I experienced changed everything. The beliefs I had of myself and the world were thrown upside down. For the better, I can say now! After hitting rock bottom, I went on a self-examination tour. I took a good look at myself. I did not like what I saw. Besides the visible aftermath of my strokes, I saw a sleepless workaholic that put too much value on extrinsic values. Following this realization, I decided that things had to change. I started reading and listening to hundreds of books and research papers. I compiled what I learned from reading into a “trial and error” toolbox. This toolbox, created mostly of new habits, allowed me to put theory into practice and helped to recover this far.  The doctors consider me a medical miracle, but I'm not, believe me. What I am most proud of is that I became a better person through the process. 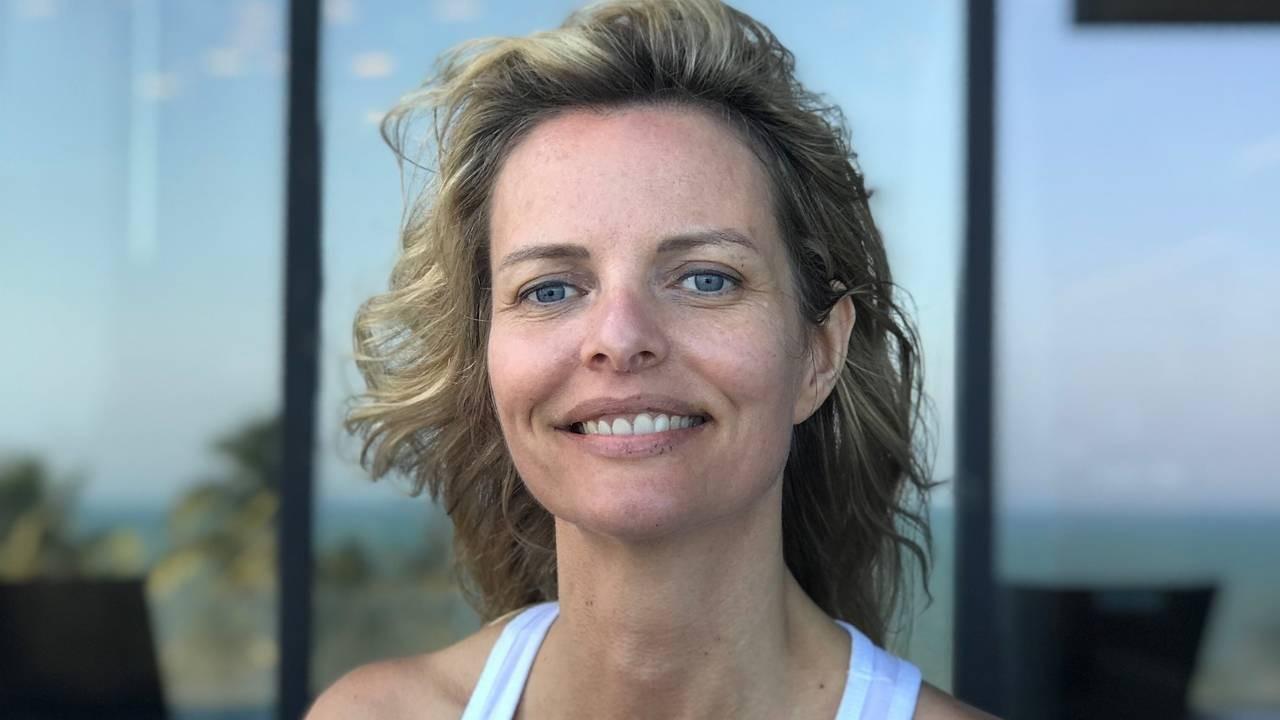 It was really early in the morning. I was working at my office. I went to get something to drink and when I came back, I felt a weird feeling in my left leg. Soon after I fell down on my chair, just sitting there, unable to move and talk. My employees finally realized there was something wrong with me. They called the ambulance. At the hospital, the neurologist made a diagnostic error. She thought that I had a TIA, and not a stroke. Because of this, they left me in a room for 5,5 hours until I got this MRI scan (see picture, taken 5.5 hours). Then I was transported to another hospital for a thrombectomy procedure. That procedure took more than an hour,  by that time (7,5 hours) even more neurons had died (about 1/3 of my right hemisphere). 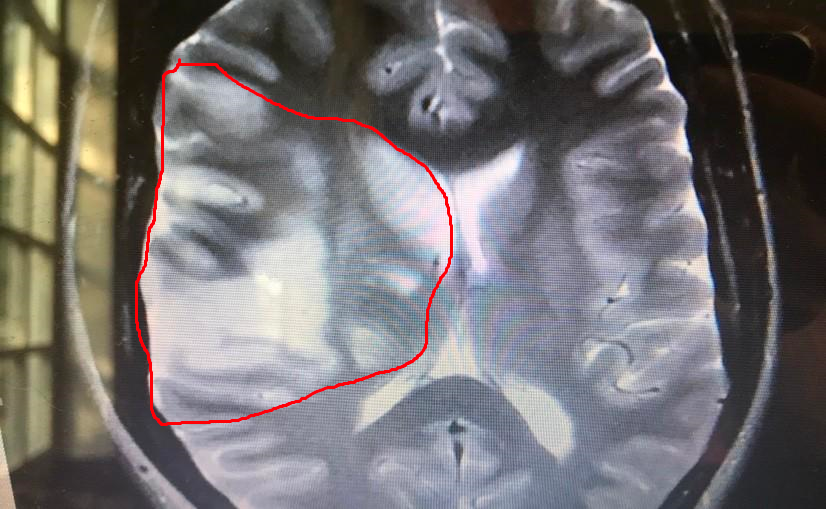 One day after my stroke. My whole left side was completely paralyzed. It was like waking up in a nightmare. 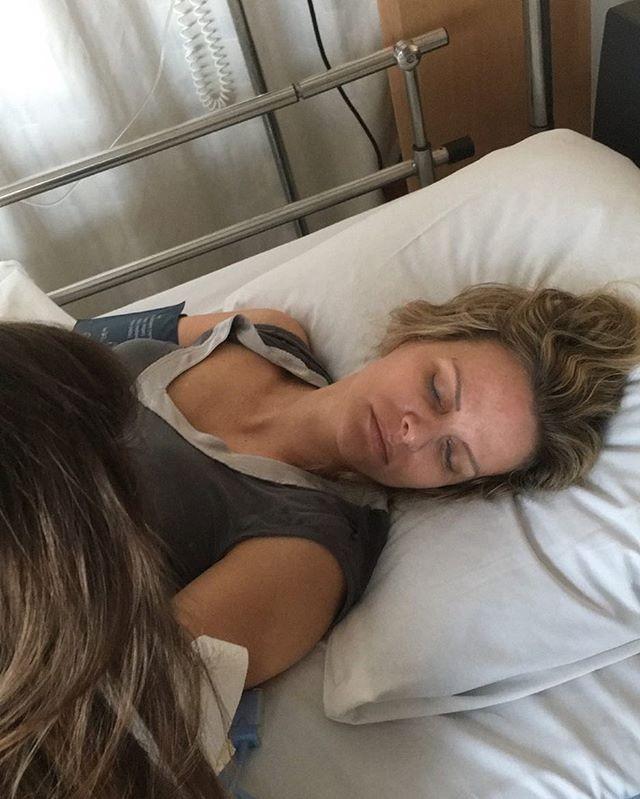 I still could not cough or make any sound. Two months later, I got a second stroke that left me with one blind eye and terrible neuropathic  pain.

By that time I was lost, I did it see the point anymore, of living, that is. 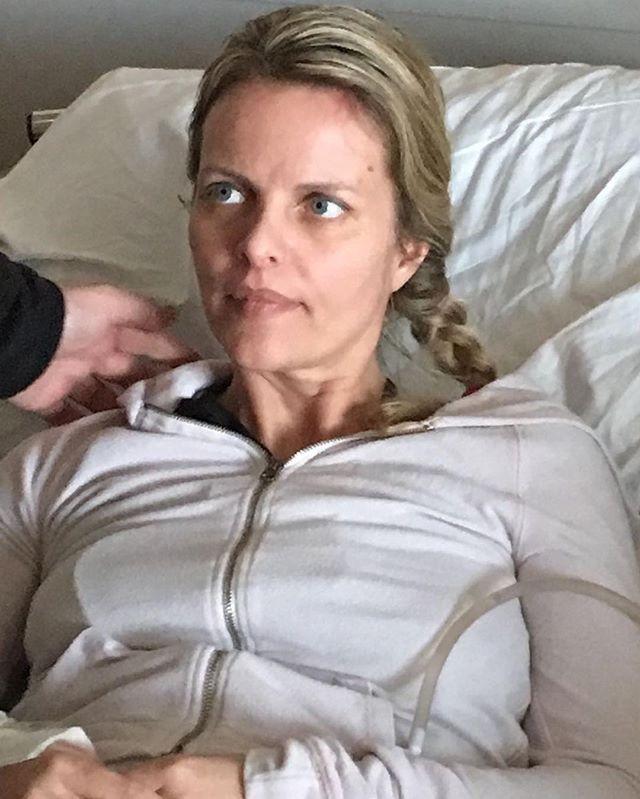 Around that time, I was released from the clinic that I was living in at the time. The doctors and therapists told me that hardly any recovery would take place after this period. Then I just got out of my wheelchair. I could walk with a stick in my hand and a brace on my foot (I had a drop foot). I could say maybe 30 short words, but no sentences. My arm was useless.

I proved the doctors wrong. I am walking with a foot brace and a stick in my hand. You can not see it here, but my left arm usually went up to my chest when I was walking.

I could not accept it

I started reading and listening to books and research papers. I found out that there is no such thing as a time limit on how far you can recover. In my study, I came across therapies which I used to get my pain away (until it was zero). I was astonished that this “learned pain” could be removed completely by rewiring my brain. I stopped taking all those pain-relieving medicines (they hardly work anyway). 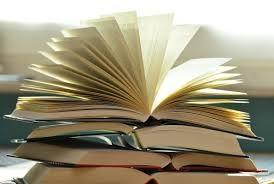 This is how I got rid of my foot brace (approximately 10 months after my stroke).

I could only move my left large toe. But I figured if I could force myself to walk without a brace , then my upper left foot will flex a little, and then more and more (neuroplasticity)

I imagined that I was a cave woman that didn’t have a brace and a stick, and I could only survive if I was walking/hubbeling around.

I have learned that barefoot walking gives a lot more feedback to your brain. I walked barefoot in sand, mud, grass, stones and snow.

It must have looked ridiculous, but I didn’t care. 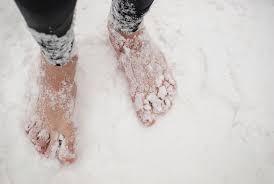 I was right! I am walking without a foot brace and without a stick (even though the therapists said to me that I would never get out of my foot brace). "I need to take my recovery in my own hands", I thought. "No more listening to doctors and therapists that have ''old knowledge'' of what the brain is capable of. Then I was thinking: what else can I do, to get the most out of my brain and body's neuroplastic capacity ?

Soon after this, I met Arjan

Arjan Kuipers, chiropractor/ functional neurologist, who developed a passion for brain-related issues because his mother suffered from brain stem migraines (after a series of head injuries). Arjan has seen and developed training for patients with a brain injury for the past 30 years. He soon became my best friend, and obsessed with finding out how brain injured people can recover further.

And I did recover further! 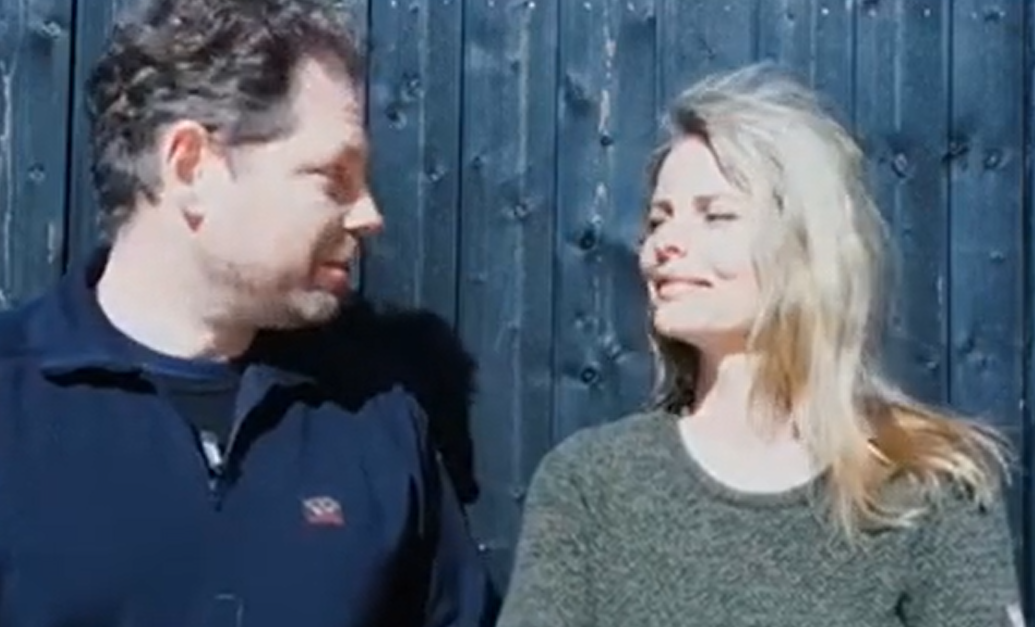 I used my "intact"cerebellum to run like this. What is she talking about? (-; Ok, by thinking through what I am going to do, in this case running. I not only activate the higher command centers (that were affected by my stroke), I also activate and ready the already present stored movement patterns in my little brain (the cerebellum) . The cerebellum does not initiate movement but plays a crucial role as ultimate integrator before and when movement takes place. It constantly updates and refines movement, thought and cognitive patterns.

I finally can ride a bike

3 years and 9 months post stroke. This is harder than downhill! I have something more to tell you: I walk and use my arm way better now that I have learned to ski and bike. How can that be? I reckon it has to do with balance. Your brain has one main thing to do: to keep you safe. That you survive, is the main goal for your brain! Think about it, your balance is vital to your survival (if a caveman falls he might break something and die). When I challenge my balance (biking, skiing), hence, I challenge the vestibular system which is vital to your survival. In my opinion: you get more out of your neuroplasticity if it is vital for your survival and when it’s considered. And it has been proven as well (https://youtu.be/hx3U64IXFOY, https://pubmed.ncbi.nlm.nih.gov/29959048/ )

I'm really excited to show my left arm-swing: doing the exact opposite movement then the right arm. Almost there...walking normally. Arm swing in human bipedal walking is a natural motion during which each arm swings in unison with the opposing leg. "Swinging arms in an opposing direction with respect to the lower limb reduces the angular momentum of the body, balancing the rotational motion produced during walking (wikipedia)". In other words, your arm swing acts as a counterbalance force while walking. Improved arm swing is improved and more balanced walking. Compare how I walked a few years ago! Then my left arm was curled up before me. How did I get my left arm to swing like this? The answer is: static holds, pre-crawling and neuro motor exercises, cross crawl exercises, nordic walking .....voila!

In the quest for more recovery I gained so much knowledge that I decided to write a book about it.  "Stroke Rebel" was very well received and is backed up with 800 scientific references. I'm giving out the audio-book for free

because I want to share with you what I did to recover this far (I must be the least commercially oriented person that you know) .....

I have a bigger goal. To help as many stroke survivors to recover further. And I want you to know that even if you have tried "everything" so much more is possible... 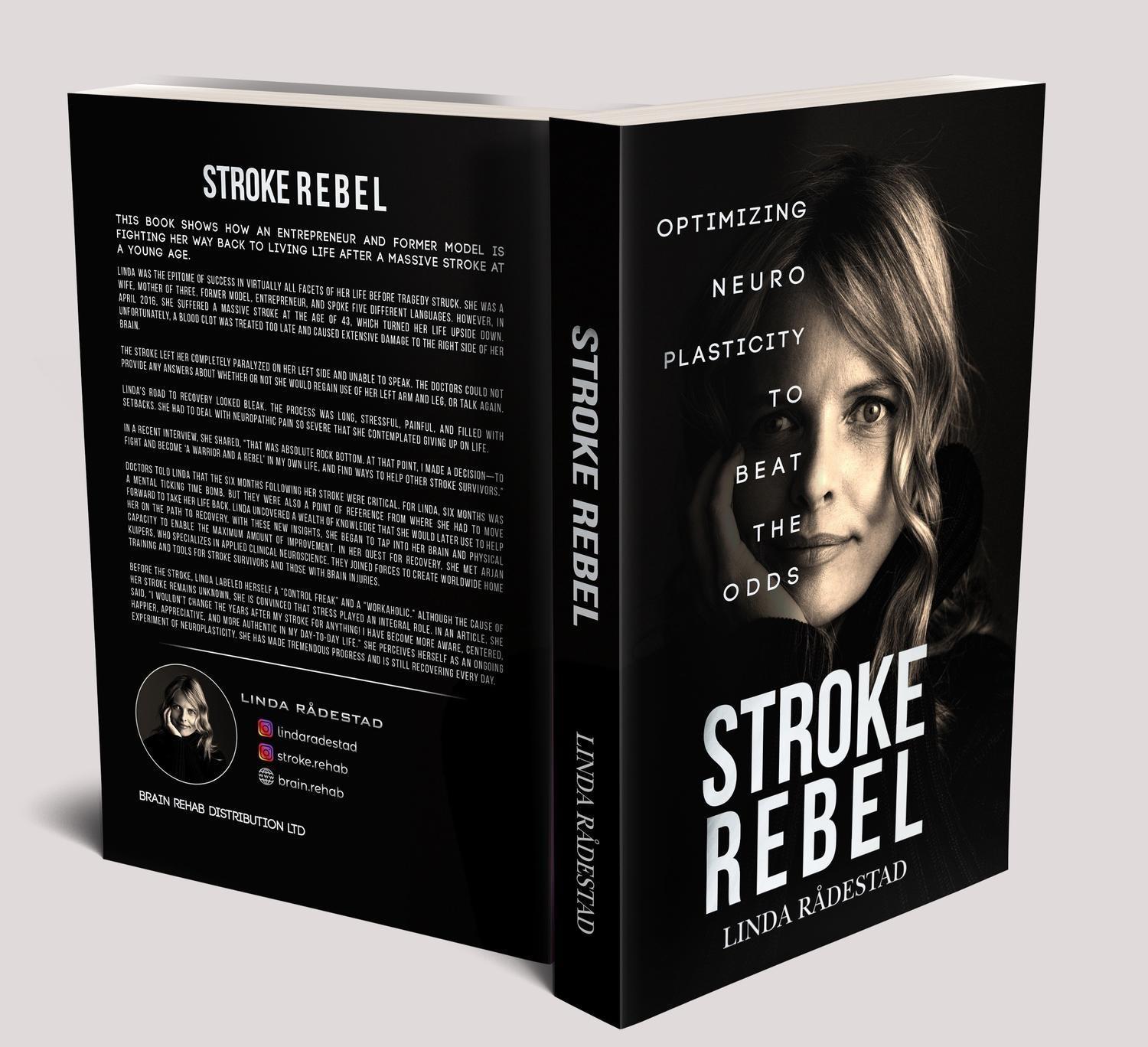 How about my speech? If you go to the below video (1 minute and 9 seconds) you can hear me speak. How did I get my speech back? Didn't the doctors say to you, ''don't expect to ever talk again''? Yes, they unfortunately did, because it took too long before I could make any sound (not even cough). At 6 months I could say maybe 30 short words, but no sentences. In my book , I describe what I did to talk like this. 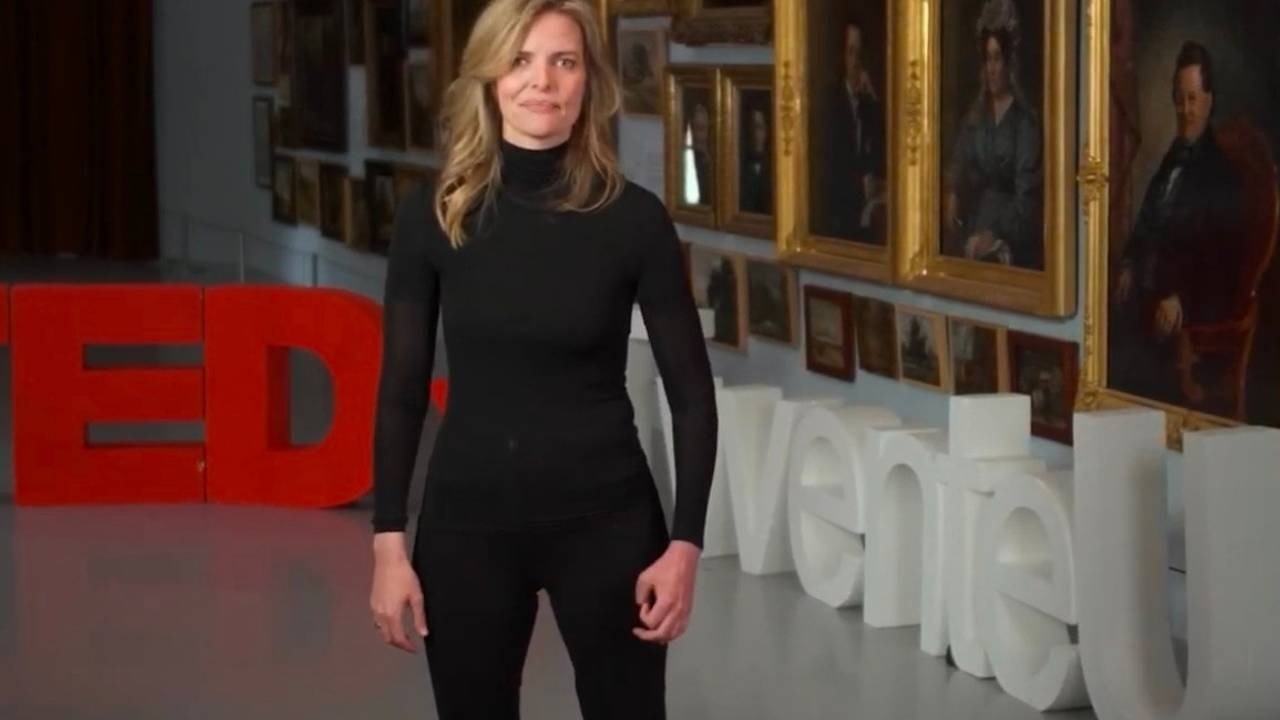 How about my shoulder, arm, hand and leg?

I'm working on it! In the videos below, I am working on picking up a cup in the “right” way (not bringing out my elbow to the side). I practice this by constraining my “strong” muscles. Hence, to work only with the weaker ones. We call this “constrained muscular isolation” Watch my 5-6 years post-stroke video's here https://www.brainandspinerehab.com.cy/leg-arm-hand 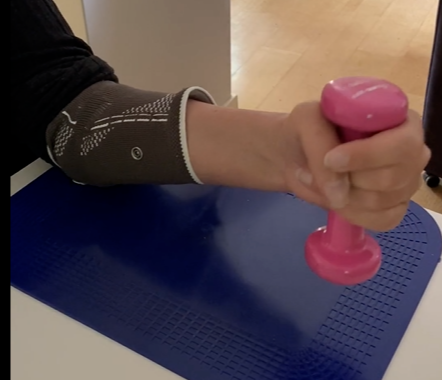 Then I explain WHY I’m thankful and that my life wasn’t “all that” before my stroke, I was for example working 60 hours a week in a job that meant nothing to me and I put in too much emphasis on extrinsic values. That is all true.

…let me explain before everyone (even my mother (-: thinks I am crazy)

First of all, I had two strokes one in my right hemisphere and one behind the right eye. Speech is normally located in the left hemisphere and other functions like basic calculations, structured thinking…

Recent studies have shown that in around 97% of people, language is represented in the left hemisphere. However, in about 19% of left-handed people, the areas responsible for language are in the right hemisphere.

I’m one of those people

But in my case I think there are other functions that are switched as well. For instance most people that have had a right hemisphere lesion, become more emotional, they may for instance cry more and easier than usual. But I didn’t have that. Another thing, I had to learn how to count again (it is usually a left brain function). Despite that I lost some functionality something else remarkably was enhanced in my brain at the same time.

Ideas/inventions are associated more so with the right hemisphere.  After the initial insights are there they are “sent over and shared with the left hemisphere to be worked out: Figures/spreadsheet etc

Since I have got my brain switched, my left hemisphere is in fact functioning as the "creative" right hemisphere

And given the fact that I had a severe stroke in my right (left) hemisphere, my left (right) hemisphere evolved and shifted me into becoming an inventor!

It is like, Jill Bolte Taylor explain in the TED talk and in her book “My stroke of insight”

She experienced a severe hemorrhage (AVM) in her left hemisphere of her brain causing her to lose the ability to walk, talk, read, write, or recall any of her life.

“Taylor explains that when the cells in her left brain became nonfunctional because they were swimming in a pool of blood, they lost their ability to inhibit the cells in her right hemisphere. Her right brain took over and, she shifted into the consciousness of the present moment.”

Of course, I have no proof that it is like that. But given the fact that I have come up with multiple inventions over the past year, (they are coming all the time, in the morning especially and not just stroke rehabilitation tools!)

I can’t wait to show you!